8 Best Spots To Do Surfing In Krui Lampung Indonesia 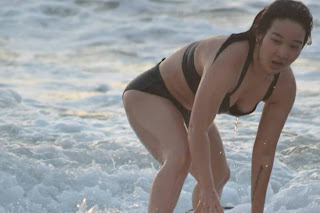 Lubukkejung.com - surfing krui is well known to foreign countries is not a new phenomenon. Long before the technology existed foreigners / tourists already knew krui as a world-class surfing arena, surf or windsurf kerab called to play a sport that relies on skill mu m puni like courage and balance the body while driving along the waves. Surfers are required to be reliable in swimming because what will be faced is not calm water but the crashing of the waves and the swift currents of the ocean oceans. 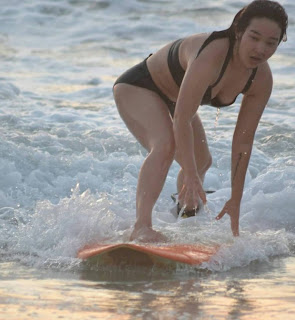 If you pay attention every day there are tourists landing at Raden Intan Lampung international airport who come with complete equipment (selboard ancar) then picked up directly by the travel car. The question is where are the tourists? Of course krui is the goal, the youngest regency. Which is named the west coast, is more global with the name krui or krui beach lampung. However, some terms for foreign tourists call it krui surf camp.
If we reveal the truth, almost all beaches in krui (krui beach)  that stretch from the and of Bengkunat to the and of Pugung Lemong have surfing spots. If you come to Krui you will find many beaches with high waves, now these waves are of course for foreigners who really like to play surfing.
As good citizens of course we need to know where are the favorite surfing spots in Krui, especially for international surfers. Event if you, me or us are not good at surfing at least we have some knowledge. Krui is a paradise for foreigners to surf, not making it up (songong), you can look at reviews from various sources such as online media, national electronics that have teported. If you open youtube and overseas websites you will find videos of foreigners that have been uploaded when they surf a krui beach.
Is krui a surfers heaven? Yes it is true, heaven for those who like surfing because in krui there are many spots, many types of waves ranging from small waves to the highest waves which are very challenging. So here are 8 surfing locations in krui that foreigners like the most:
1. Way Jambu Beach (Sumatra Pipeline) 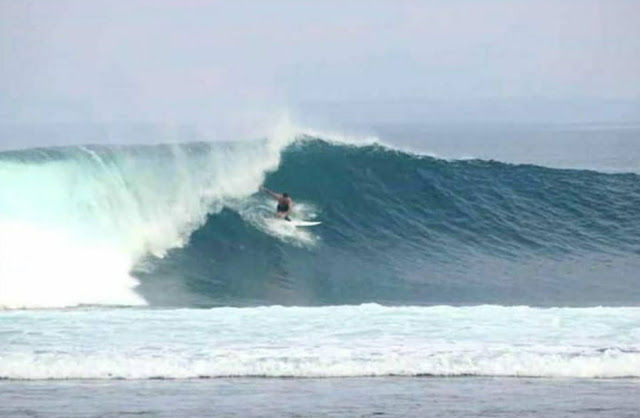 Way jambu beach, which is often called the sumatra pipeline, is a slightly extreme wave. The surfers who come here are usually middle and upper class. For viewing this beach, it is best especially if you are a photographer. You can capture the moment when the surfer hovers in the air over the waves as they go fast.
2. Tanjung Setia Beach (Ujung Bocor) 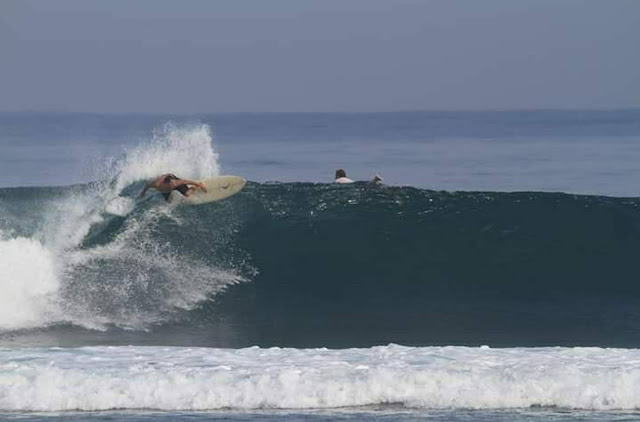 Tanjung setia beach is also known an Ujung Bocor for foreign tourists, if in the past this beach was called Karang Nyimbor. This beach is the largest camp of tourists from various parts of the world. These typical and layered waves with a stretch of rolling waves with a lingth of 200 to 300 meters are also among the best waves in the world. The krui surfing international event is always held here every year.
3. Labuhan Jukung Beach (Krui Left) 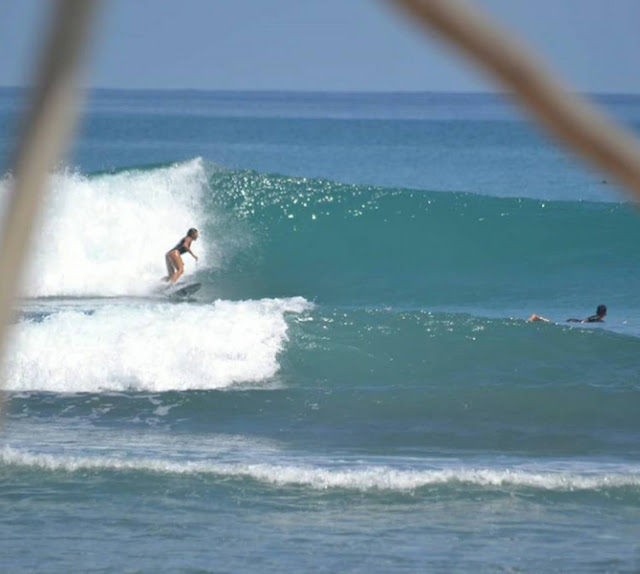 The surfing spots on Labuhan Jukung Beach are not as busy as Tanjung Setia and Way Jambu because here are specifically for beginner surfers (currently learning) so don't be surperised if there are many who just make ection photos here😁. Most of the foreigners who come here are still beginners. The waves are very small, and mostly for relaxing and taking selfie with the sunset in the afternoon.
4. Pantai Mandiri (Beautiful Waves) 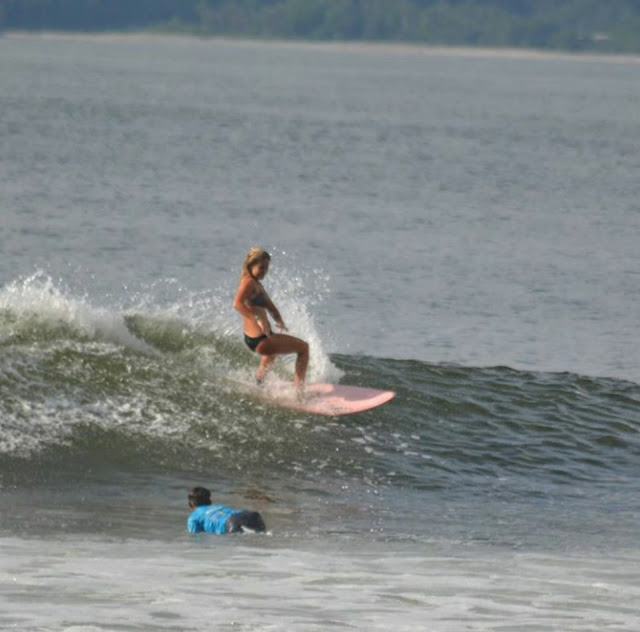 The mandiri surfing spot is quite well known, especially now that many villas specipically for foreign tourists are getting crowded. The independent beach wave type is calmer, it's just that on the seabed there are sharp rocks so surfers are expected to be careful.
5. Looking Back (jenny's) 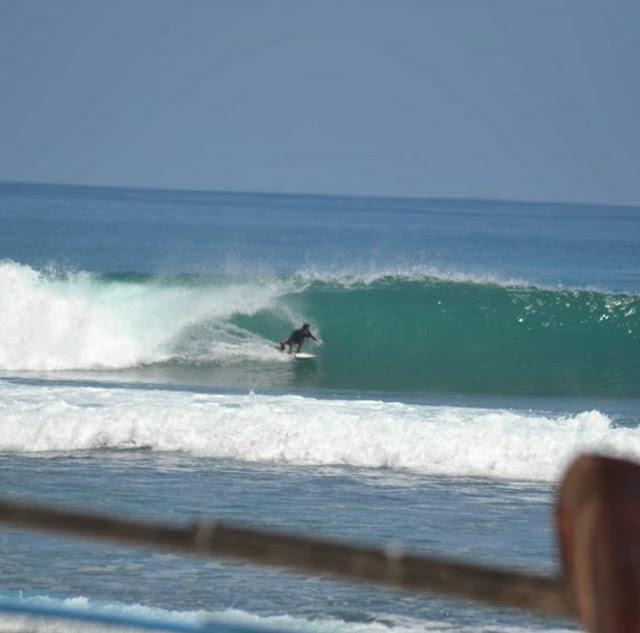 As the name implies, this surfing location is in the Tampak Pugung Area the type of waves here is the same as the Labuhan Jukung waves for beginners.
6. Pugung Pemancar Beach
This surf spot has regular rolling waves but the drawbacks are short stretches and fast currents. But for those who are already powerful wave transmitter capable of providing a sensation like a floating d a n glide on the sea surface. This surfing location is right opposite banana island.
7. Walur Beach (Honey Smacks)
The type of waves on Walur Beach is also the most favorite among tourists, this location is quite crowded because it is directly adjacent to the Labuhan Jukung Beach.
8. Pugung Penengahan Beach (jimmy'S) 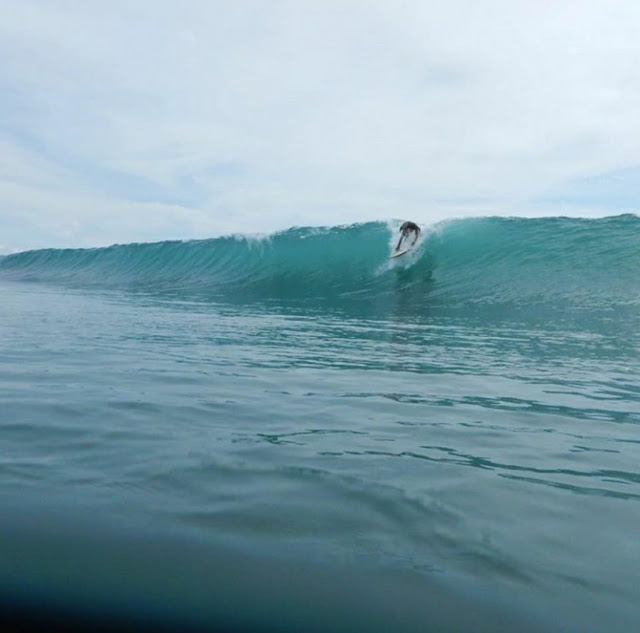 Travelers who play this very minimal due to localized waves jimmy's is the highest and most brutal krui. Other than that the location of the waves is also j auh from the shoreline. The surfers who come to surf here are definitely world surfers who are reliable. If you want to watch the attractions of foreigners sutfing in Pugung Penengah, you can come during the summer and the tide is high.
So, those are the 8 favorite locations for foreign tourists when surfing in krui. In addition to the list above, there are many other surfing locations such as on banana island, tanumbang beach and in the lemong area. And we will review it in the next article. Continue to monitor your favorite site and share useful information so that our homeland is increasingly flying internationally (Foto IG: @krui_surfmatra)